Gillian was at the end of a long project, converting a two bedroom bungalow into a 4 bedroomed house. It had been gruelling and exhausting and now, at the end of her project, the budget was stretched to its limits.

Gill wanted a classic Shaker-style kitchen, with luxury touches for her contemporary new home. Something timeless, that wouldn’t date, but would always look fresh and still modern.  Tina listened to Gill’s ideas, tweaked them and presented her with exactly what she’d envisaged – all within budget.

The result is now the kitchen Gill always wanted. Classic and stylish, set around a palette of light and dark oak, with stone as the main theme, offset with a neutral palette of greys, creams and taupe. At the centre of the kitchen is the island as the focal point – just as she’d envisaged.

“When Tina at Modern Homes got involved in my project, everything fell into place,” says Gillian Hurst, of Leamington. “In retrospect, I don’t know why I wasted six months shopping around, when I should have just given them the work in the first place!”

“We had no kitchen and were living off the microwave and slow cooker,” continues Gill.  “I just wanted things sorted, but at that time, I felt my ideas and budget weren’t compatible. However, once I’d found Modern Homes, I knew that they could be.”

“Although this was a design and supply only project, I felt the company went beyond the norm in terms of customer care,” says Gill. “They even got the manufacturer to produce one bespoke unit made for me, to fit around the sink’s unusual dimensions.”

“I cannot thank Modern Homes enough,” says Gill. “They understood me from the start. I simply offloaded my problems and stress, they took it on and designed and supplied what is essentially my dream kitchen.” 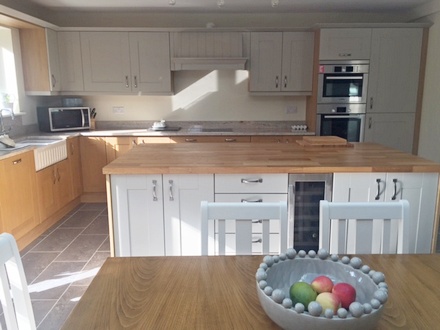 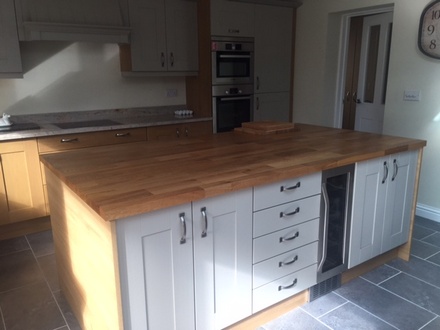 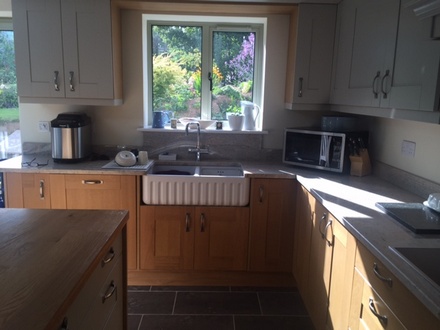